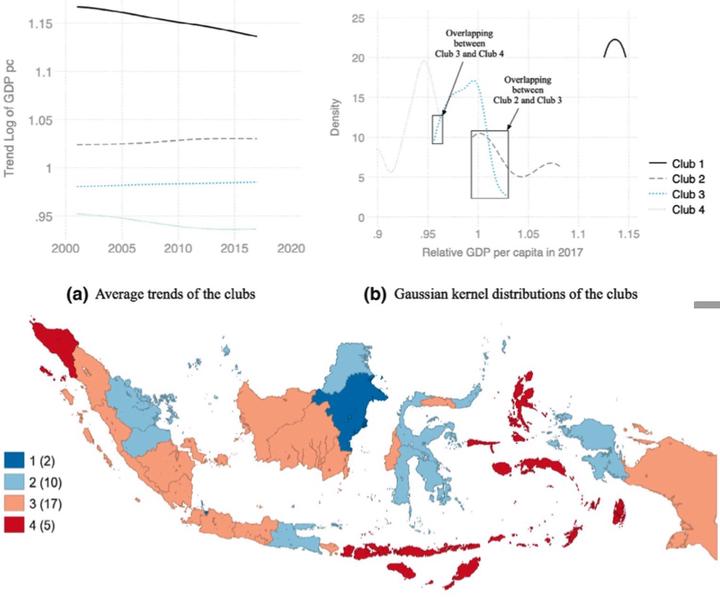 The discussion on regional income per capita convergence in Indonesia continues with an emphasis on whether regional per capita incomes tend to converge or diverge over the long run. This study evaluates the regional convergence hypothesis at the provincial level during the recent deindustrialization period 2001–2017 of Indonesia. First, the study examines the existence of convergence clubs in Indonesia using a recently assembled panel dataset. Results reveal four convergence clubs with particularly large income gaps, mostly arising from the top of the income distribution. Second, using an ordered logit model, the study examines the determinants of the convergence clubs. Result reveals that industrialization increases the probability of membership to a high-income club.